The feedback from recipients was extremely powerful, with artists sharing the impact these gifts had on their sense of validation and encouragement in their creative work. The artists also expressed how the annual dinners provided a safe space for rare but valuable collegial affirmation that served as a catalyst for their work. Phyllis then decided to add an additional opportunity to aid more women artists.
In 2017 the seven artists who received the initial funding were each invited to carry this support forward by identifying a woman visual artist struggling with financial need to be considered for a one-time $3,000 gift. Six of these “sister” artists were identified, and Phyllis selected a new group of four artists from among them. This opportunity for shared generosity was exciting for all involved and was a topic of much conversation when the original seven and these additional four artists (Dawn Cerny, Elisa Levine, Natasha Marin, Adrienne Peck) gathered for a dinner in January 2018. 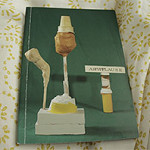 Dawn Cerny is a Seattle based artist. Cerny examines the comedic and tragic aspects of humans’ drive for safety and desire to belong. Her sculptures, work on paper and plays have been exhibited at the Henry Art Gallery, Seattle; Seattle Art Museum; and the Portland Art Museum, OR. Cerny’s exhibitions and work have been written about in Art Forum, Art Week, Art On Paper and the International Sculpture Center Blog. 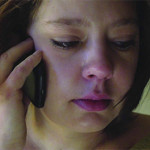 Elisa Levine is a Seattle-based documentary director/producer and editor. Her directing debut, Sweetheart Deal (currently in post-production) represents the culmination of a longtime fascination with story-driven documentaries about subcultures hidden in plain sight. Elisa is a Points North, Garrett Scott, and Sundance Edit & Story Lab fellow. She is raising eight-year-old twins. 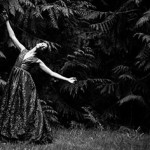 Natasha Marin is a conceptual artist, community builder, and busy anti-racism consultant, who was listed as one of 30 women who “Run This City” by Seattle Met magazine in 2018. Her sold-out anti-racism training, “Storytelling Strategies for Dismantling Racism,” are held quarterly in Seattle and feature activist-storytellers like Roger Fernandes, Nikkita Oliver, and Ijeoma Oluo. 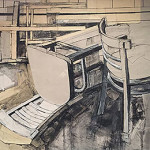 Adrienne Peck is a painter, drawer, and a mother of two girls. In recent years, mothering and working (to earn money to mother) has occupied most of her waking hours. She still paints and draws regularly in her dreams. Her real and imaginary artworks are often about memory, absence, and the stories that we compose to get through our days. Adrienne has a BFA in painting and drawing from the University of Washington.

The multiyear funds provided to each artist are unrestricted and may be used in whatever way the recipient feels is important. The funds are given as a gift (not a grant) in the form of a personal check from Phyllis to each artist in January of each of the four years. As gifts, they do not need to be declared on the artist’s tax filings, nor will Phyllis receive a charitable deduction for the gifts.